Millennials and the Election

Don’t be fooled. Millennials are definitely paying attention to the election.

A recent study from the American Press Institute that found that “69% of millennials get the news daily and 85% say that keeping up with the news is at least somewhat important to them”. Social media is linked to higher participation in the democratic process for millennials, and many of them feel that ordinary people can impact social issues.

Liberal millennials are acutely aware of what Donald Trump’s impact could be on minority groups, and many of them are taking to the Twittersphere to voice their concerns, disgust, and fear about what may happen with a personality like Trump’s in the White House. They are concerned with the tone he may set as the country is on the cusp of major social change, and many fear that he may set back the country’s progress when it comes to social issues like gay marriage, gender equality, and racial equality. 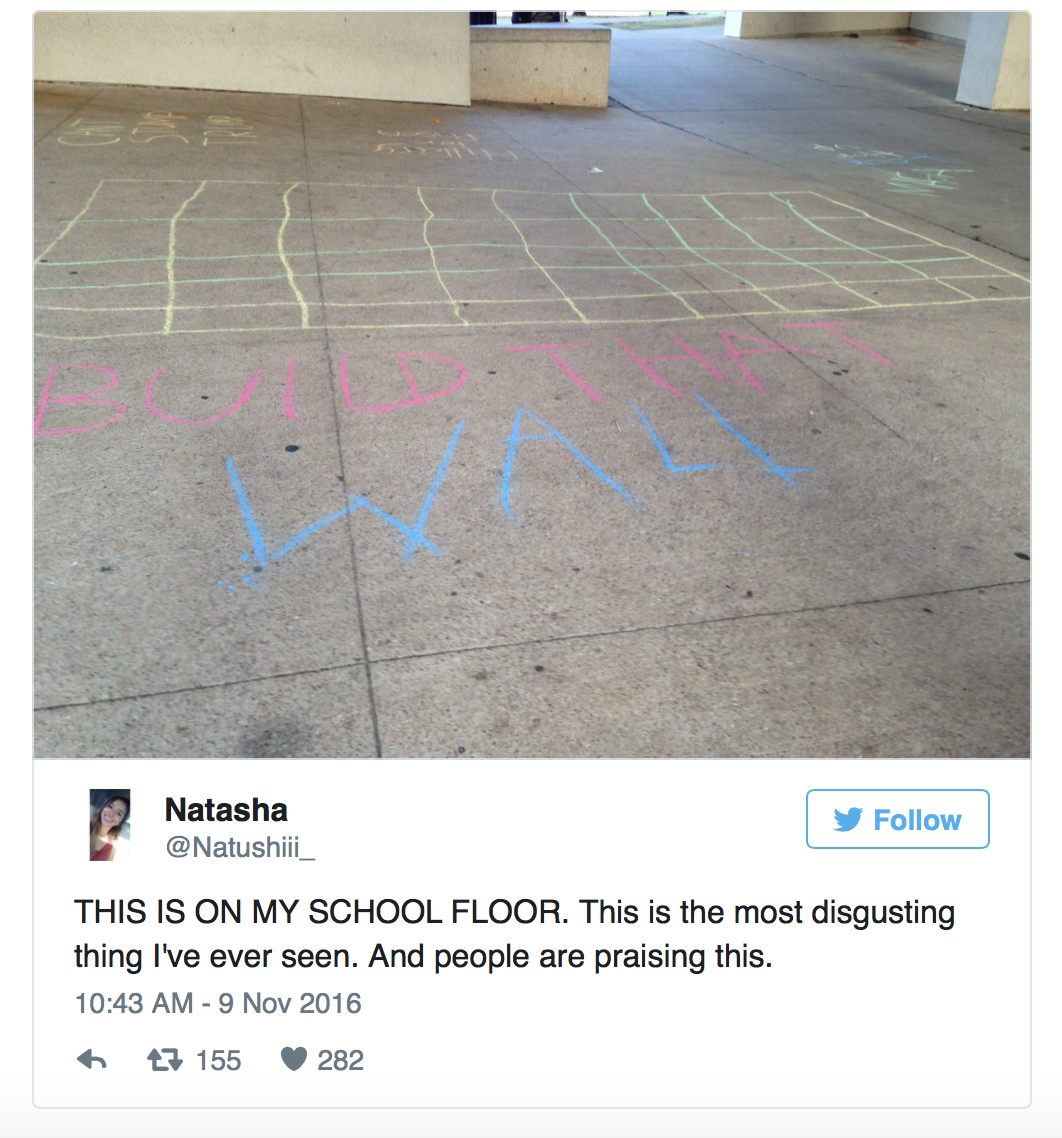 A post-election tweet of a high school student from Texas.

Polls show that millennials overwhelmingly supported Hillary Clinton and the Democratic party in this presidential election, and many of them feel that their beliefs weren’t accurately reflected in the results.

Conservative millennials, on the other hand, seem to be encouraged that Donald Trump is our new president. They tend to look beyond the social repercussions and towards Trump’s plans for our country’s future. They are encouraged by the rise in the stock market that is due to Trump’s economic plan for economic growth, and they are focused on holding him accountable for the promises he made during his campaign.

Overwhelmingly, however, millennials seem to be convicted that the protests and hate crimes in the wake of Trump’s election are not okay. The millennials are a generation of tolerance, and they won’t stand for violence in the name of an election.

Students in Texas outwardly support Trump’s victory and cause others to feel fear.